This past weekend I removed the woodwork around absolutely every window in my family’s house.  Why you may ask?  Not just on impulse; we have a local lumberyard coming to the house this week to take measurements for new windows.  Probably the last big (BIG) improvement project of this year, just in time to take advantage of the Federal Tax Credit for Consumer Energy Efficiency.  So much to my family’s discontent, every window in every room of the house now looks like this: 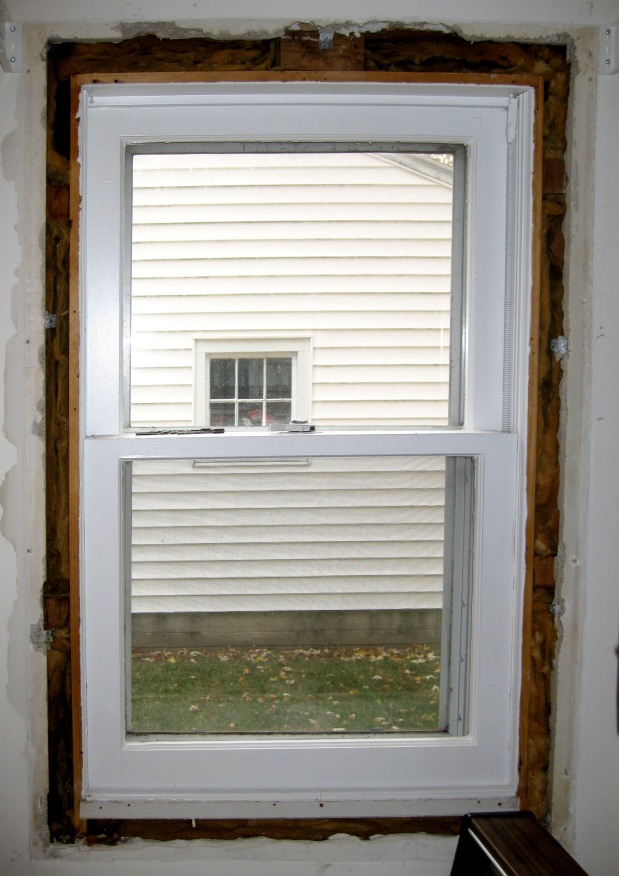 Unpainted plaster edges, exposed chicken wire ends (apparently what they used in 1955 for quick lathe), and dirty fiberglass insulation.  I was actually a bit surprised to find any insulation at all; in certain rooms, the curtains move when there are strong winds.  Although the chosen windows aren’t the highest efficiency models available today, they will be a drastic improvement on the existing.  That being said, after getting the advice of 2 different contractors, the decision was made to go with new construction windows rather than replacement windows.  In researching windows, I found that standard replacement windows are installed inside the existing window frames; only the sashes are removed and the replacement windows are custom-made to fit inside the opening.

With our home, half of the existing windows are original while the other half have been replaced at one time, though probably at least 15 years ago.  The newer (I use that term loosely) windows, however, are actually a few inches smaller than the homes framed openings.  That means that on either side of the windows is between a 1″ and 2″ gap, stuffed with insulation, as you can see below in this close up. 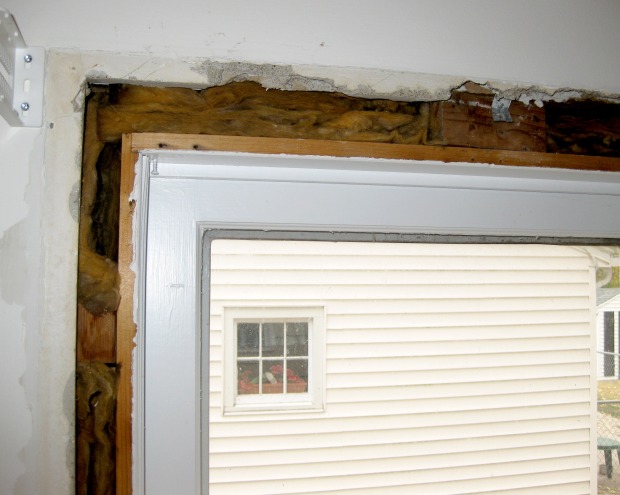 Also, when the “newer” windows were trimmed out with woodwork, wall base molding was used to hide the large gaps since standard window trim would not have been wide enough.  Not only did the wall base trim not match the woodwork around all the other windows, whoever played carpenter didn’t trim them out with window sills.  So basically each of the poorly replaced windows stood out because they were trimmed to look like a 4″ wide photo frame.  I understand that new construction windows will be a little more work than replacement windows, but when do I ever back down from a challenge?  In the words of a contractor friend, “if it were my house, I would do it the right way.”  Ok; new construction windows then.  Enough said.

Now onto the windows that were chosen for this 1955 ranch home.  We took many factors into consideration (including material, glazing type, warranty, and finish) and got price quotes from several different companies.  The final decision was for double-hung, all vinyl construction, double pane, argon filled low E insulated glass, white interior and exterior.  All the homes windows are originally double hung, but in wood.  The price jump for wood windows was just not an option for this small of a ranch house, plus I know how low maintenance vinyl will be for the life of the home.  Another driving factor was to purchase the windows locally.  Although the windows themselves are manufactured in Oregon, our local lumberyard is a certified dealer.  They measure, give quotes, deliver, and will even install them if you want that service.  We are going to install them ourselves to save that much more.  After all, what kind of DIY enthusiast would I be if I sat back and allowed someone else to install my family’s windows?

This entry was posted on October 25, 2010, 2:09 PM and is filed under Home Improvement. You can follow any responses to this entry through RSS 2.0. You can leave a response, or trackback from your own site.