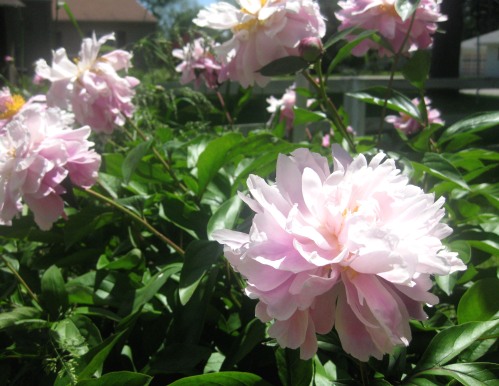 If you read the title and thought, “what in the world is a Peony and why is there a festival for it?,” you are obviously not familiar with Van Wert County, Ohio. So let me explain. A peony is a flower; a huge flower, with blossoms between 4 and 7 inches big! And boy are they strong smelling! Just place a few in a vase on the table and your whole kitchen will be smelling sweet in no time. Just be sure to shake off each flower before you bring them into the house, as they are usually covered in large black ants. For some reason, ants really like peony plants and apparently they live pretty harmoniously together. Although we never could get them to grow while I was a child, the house I live in now has several large peony shrubs thriving in the back yard. 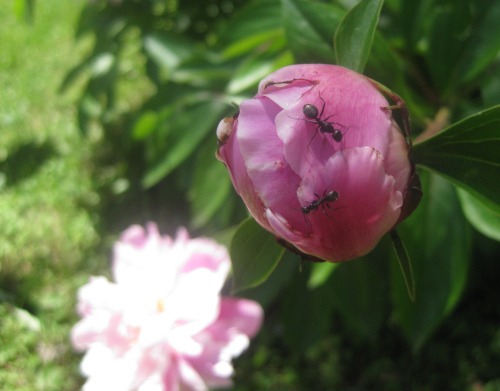 So why do we Van Wertians have a festival each June named for this plant?

Apparently back in the day, like over 100 years ago, Van Wert had huge commercial peony farms where the plants were grown for both the flowers and the seeds. In 1902, Van Wert officially named June 2 as Peony Sunday, but it wasn’t until the 1930’s that the Men’s Garden Club decided to provide entertainment for the hundreds of visitors who would visit the county each year to see the farms in blume. It was during this time that Van Wert became known as the Peony Capital of the World. Thus the Peony Festival was born. During the 30’s, it was a huge annual event, with one parade in the afternoon and a nighttime parade with the floats all lit up with lights. Each parade had more than 40 floats from all over the country and more than 45 marching bands. In 1938, at the height of the festival, a national newspaper claimed that the Van Wert Peony Festival had more floats than the Mardi Gras parade! Alongside the festival was a beauty pageant, with the winner being crowned Queen Jubilee, named after the Jubilee Peony. 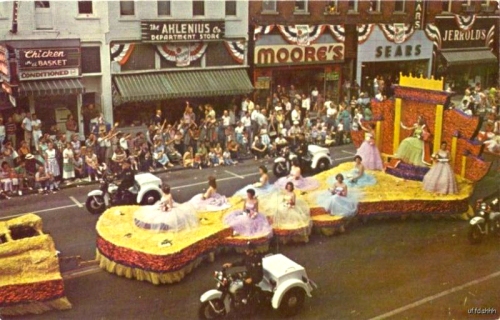 The festival ended with the arrival of WWII, but was revived in the mid 50’s by local businessmen. In 1959, it is estimated that over 200,000 visitors came to attend the parade and weekend festivities. But the commercial flower farms closed during those years and 1960 was the last festival for over 30 years. It was brought back again in 1992 and has been growing strong since then. The pageant is now a scholarship competition for senior girls from several area high schools. The festival lasts an entire weekend again, with an art show on beautiful historic Main Street, concerts in downtown Fountain Park, a judged peony flower show, quilt show, garden tours of local homes, a fun run and much more! Years past have also included a car show and special exhibits at the Wassenberg Art Center. And of course, the parade is Saturday at 5pm, down beautiful Washington Street. The city estimates that in the past few years, we have seen numbers close to 70,000 visitors! (That’s quite a lot of people for a county whose population is barely 30,000.)

For more information, check out the Van Wert Convention & Visitors Bureau‘s June Events or the Van Wert Independent online newspaper. See you at the Parade! 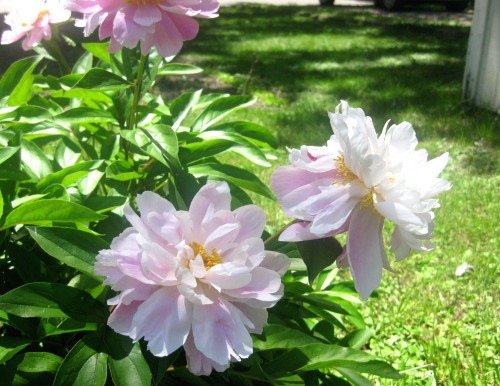 This entry was posted on June 3, 2011, 12:00 PM and is filed under Other. You can follow any responses to this entry through RSS 2.0. You can leave a response, or trackback from your own site.